A singer-songwriter and musician from North-West London, Emily Capell has it all – the voice, the talent and the beehive.

With a wide range of influences from Dolly Parton to The Clash, Emily has brought a new genre o country, ska, doo-wopp and pop to the music scene. Since starting out in 2010, Emily has released 3 Eps entitled ‘ Who Killed Smiley Culture?’, ‘ Who Framed Winston Silcott?’ and ‘ Who Stands With Latasha Harlins? ’. The much-anticipated debut album ‘Combat Frock’ was released in October 2019 which included Emily’s single ‘I Found A Footballer To Marry Me’. The album was a huge success only growing her fanbase and cementing her credentials as the new singer to watch.

Although a lot of 2020’s shows were postponed, Emily had a highly successful year including writing and recording for established acts such as Dreadzone and getting a presenter slot on Totally  Wired Radio. Emily’s highlight of the year was performing in front of Prince Charles and Camilla at 100 Club, London in order to support the arts and entertainment sector that was devastated by the pandemic. 2021 will be a successful year with so much already planned, including support slots lined up with Madness in the UK and abroad, a new album, full headline tour and an app release it is already shaping up to be a big year.

Emily’s unique personality and independence have earned her a dedicated and loyal following across the UK and abroad including Middle East, Africa and Asia. This following has come from her own tours and when she has been on support to artists including Texas, Rhoda Dakar, Glen Matlock, The Blinders, Roddy Radiation, Mari Wilson and most recently The Selecter on their 40 th Anniversar 2019 UK tour.

In 2018, Emily won the ‘Jools Holland Best Newcomer’ award at the Boisdale venues. She has been record of the week on Radio X, 6 music and BBC radio London with her floor filler infection track ‘Bonanza ’

“Combat Frock captures Emily perfectly, her personality, her opinions, refusal to be silenced and desire to stand as a strong independent woman coursing through each of these songs. But it’s done with an intelligence and wit that makes her stand out from the crows and which pays tribute to her musical heroes.”
Even The Stars

“…waif-like post-Amy Winehouse charisma and powerful voice dealing out a thirty minute set of great classic pop songs. The band are razor tight with ska chops entwining with the perfect tumbling sixties choruses and big melodies that dominate the songs making them all sound like perfect hits.”
Louder than War 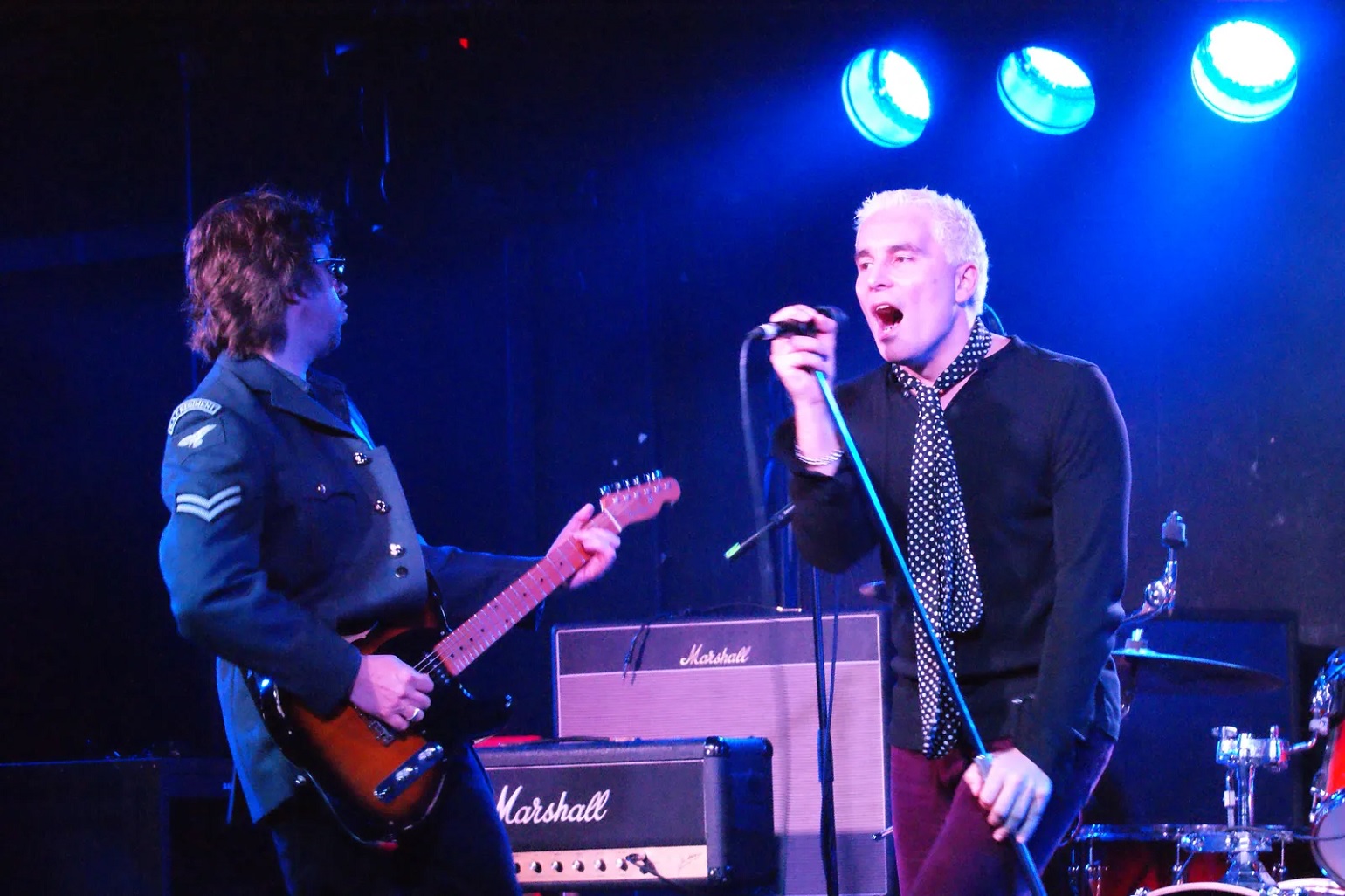 The Electric Stars are unlike any other band on ‘The Scene’ right now!

They have managed to perfect a trick, that all the great bands have up their collective sleeve. That is, the ability to soak up all the best music, from the best bands, from any era and spit it out as original tunes.

They confidently swagger like The Stones and hold an audience like Kasabian. The songs can be as whimsical as The Kinks or violent like The Sex Pistols.

The Electric Stars are a Psychedelic Rock n Roll Speedball bursting with Glamtastic guitars, Hippy lyrics and drenched in Soul. The band formed in 2011, as a gang of like-minded freaks, from the remnants of various Mancunian combo’s. The Mission: Original Rock n Roll that inspires!