Music fans welcome return of The Spree festival in Paisley 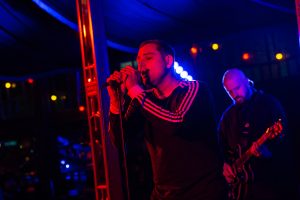 Festival-goers were treated to a thrilling 10 days of live music as The Spree made a triumphant return to Paisley.

The popular music and arts festival, organised by Renfrewshire Council and now in its ninth year, took place from Thursday 7 – Saturday 16 October.

The Spree was programmed by Regular Music, with this year’s events taking place in the fabulous Salon Perdu Spiegeltent, located in the town’s Bridge Street.

There was lots of fun for families as the Wee Spree programme of kids activities also took place during the school holidays, with youngsters enjoying events from music and circus skills workshops to cinema and comedy.

The Spree is a centrepiece in Renfrewshire Council’s major events calendar, which has made Paisley one of Scotland’s key cultural destinations.

Louisa Mahon, Head of Marketing, Communications and Events at Renfrewshire Council, said: “It’s been absolutely brilliant to welcome back music-lovers to enjoy their favourite acts and musicians at The Spree once again.

“The event was much-missed last year and festival-goers have turned out in their numbers to be part of the bumper 10-day programme. This excitement shows just how much The Spree has grown to become a popular fixture in Scotland’s music festival calendar, attracting great UK and international artists and bringing visitors from across the country to Paisley.” 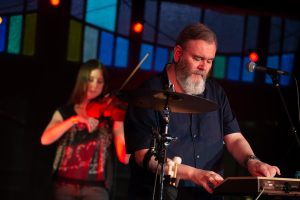 This year also saw the return of the popular Spree for All fringe festival, which was extended across Renfrewshire to see fantastic gigs in local venues in Renfrew, Houston, Kilbarchan, Bridge of Weir, Howwood and Johnstone, as well as a packed programme in Paisley’s Bungalow Bar and many more venues around the town.

Paul Dickson, Mill Magazine director, said: “Renfrewshire has a thriving music scene and it’s been an absolute privilege to place some of the best local talent into great venues across the region and taking the Spree for All to a wider audience.” 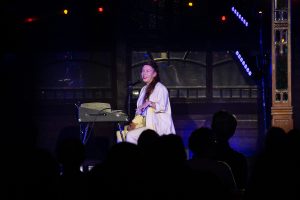 Alan McEwan said: “The Spree and Spree for All 2021 was one of uncertainty as to whether or not it would go ahead back in springtime. Fortunately, we were given the go ahead as restrictions lifted and it was safe to do so. The challenge was to present an exciting programme of events and engage with the public in a short period of time. I think it’s fair to say that we really pulled it off, with record numbers visiting 60 events across Paisley’s Spree for All venues, funded by Renfrewshire Council Events team. The programme included a wide variety of music genres and comedy events, including the likes of the colourful annual ModStuff, Danny Kyle Night, Comedy with Fred MacAulay, Scott Gibson and talented Youth Events.

“We are super proud of our local scene and this just goes to show what our venues can achieve working together. Providing a platform for our grassroots artists is key to the future success of Paisley’s cultural scene. We can’t wait until the next event!” 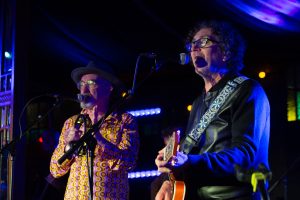 Paul Bush OBE, Director of Events at VisitScotland, said: “We were delighted to support The Spree return this year with its exciting line-up of musical performances and arts. The packed programme on offer provided a welcome sense of excitement and enjoyment to both the Paisley community, and those who visited.”

“It’s fantastic to see the return of live events across the country, enabling audiences and artists to share their love of performance together in the same place, at the same time, whilst also reinforcing Scotland as the perfect stage for events.”